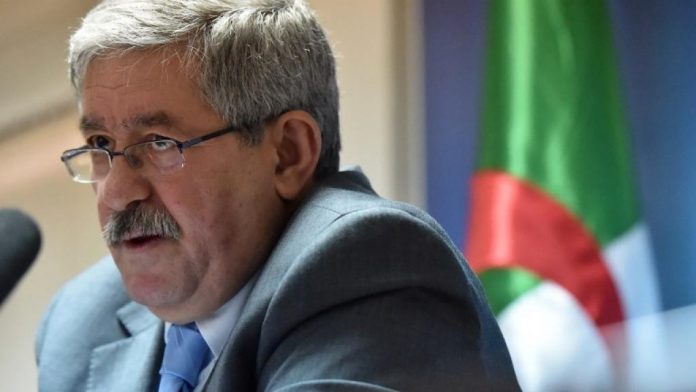 Ouyahia made the remarks on Saturday at a time when much of the Middle East and North Africa is in turmoil, grappling with different crises, ranging from terrorism and insecurity to political uncertainty and foreign interference, Press TV reported.

Algeria maintains that regional states should “settle their differences through dialogue,” and that “foreign meddling is to their detriment.”

Syria has been gripped by foreign-sponsored militancy since 2011.Takfirism, which is a trademark of many terrorist groups operating in Syria, is largely influenced by Wahhabism, the radical ideology dominating Saudi Arabia. Riyadh has been sponsoring terrorist groups across Syria for years.

Libya has further been struggling with violence and political uncertainty since the country’s revolutionary leader Muammar al-Gaddafi was deposed in 2011 and later killed in the wake of a US-led NATO military intervention.

Daesh (also known as ISIL or ISIS) has been taking advantage of the chaos in Libya to increase its presence there, while extremist gangs and armed death squads have engaged in ethnic cleansing of Black Libyans and even have started up a slave market economy.

Yemen has also witnessed a deadly Saudi invasion since March 2015, which has led to a humanitarian crisis.

Last Month, Qatar’s former deputy prime minister Abdullah bin Hamad al-Attiyah said the United Arab Emirates had planned a military invasion of Qatar with thousands of US-trained mercenaries. The plan has not been implemented, likely because of Iranian and Turkish support for Qatari sovereignty.

“The UAE plan for the military action was prepared before the ongoing Qatar rift, but it was never carried out as Washington did not give the green light to it,” the minister noted.

In late April, reports said the UAE was quietly expanding its military presence into Africa and the Middle East, especially in Eritrea and Yemen.