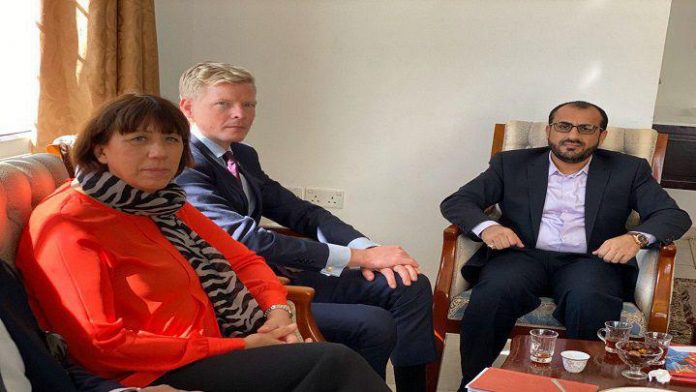 The Head of the national negotiating delegation, Mohammed Abdul Salam, has on Saturday met with the EU and Netherlands ambassadors to Yemen in the Omani capital of Muscat.

During the meeting, the officials discussed the latest political and humanitarian developments as well as the EU’s support to achieve peace in Yemen.

The meeting came within the framework of efforts exerted to end the war and lift the siege imposed by the Saudi-led aggression coalition on the Yemeni people, as well as to break the foreign isolation on Yemen.