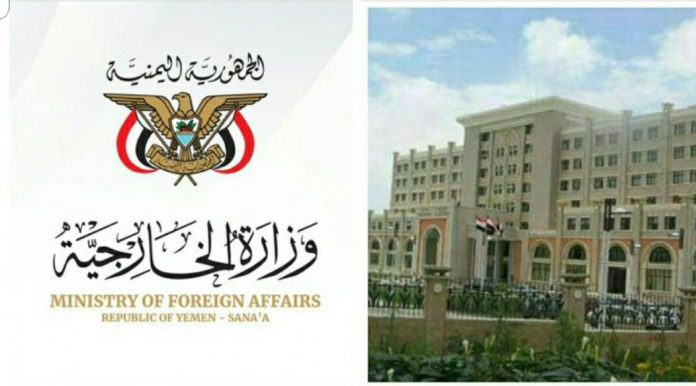 The Ministry of Foreign Affairs in the Sanaa government on Saturday condemned the criminal and provocative language that the UK Foreign Office has been using in dealing with the issue of human rights and basic needs of the Yemeni people.

The statement stressed that “Nothing of this will continue if the people of Yemen do not accept the truce extension.”

The Foreign Ministry said, “This language reflected a miserable attempt to cover up the intransigence of the aggression countries, as well as the usual British barbarism. But from another angle, it provides a clear recognition and public acknowledgment that Britain and the aggression coalition are using the siege of the Yemeni people and depriving them of their basic needs as a military weapon, and this is a war crime and a crime against humanity.”

The statement affirmed that “the Yemeni people preserve their legal right to pursue the British government and the rest of the aggression countries for all war crimes that have affected Yemen’s land and people.”

The Ministry of Foreign Affairs affirmed that Sanaa has proven to the Yemeni people and all the peoples of the world its keenness for peace.

With regard to the truce extension, the Ministry said that “Sanaa did not make any impossible demands that might, for example, require any concessions from the aggression countries or ever detract from the rights of peoples in these or other countries, but these demands were and still fall within the exclusive human rights of the Yemeni people.”

The Ministry added, “Therefore, whoever rejects the right of the Yemeni people to benefit from their oil wealth and to obtain fuel, food and medicine without hindrances is the party that will bear full responsibility for obstructing and impeding the extension.”

In view of the British threat to repeat war crimes and prevent the Yemeni people from their most basic human rights, the Ministry of Foreign Affairs addressed London and all the capitals that share these criminal intentions, saying “the Yemeni people will not give up their rights.”

The statement stressed that such barbaric threats would only increase the National Salvation Government’s insistence on adhering to the full and undiminished rights of the Yemeni people, noting that peace can only be achieved by respecting the right of Yemeni people.

The Ministry of Foreign Affairs renewed its call on the United Nations to assume its responsibility towards these methods that obstruct peace, confirming at the same time that the Yemeni people would not continue to suffer alone indefinitely. 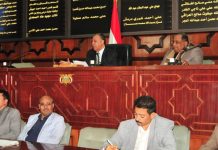 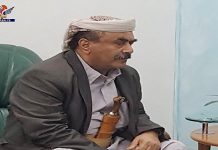