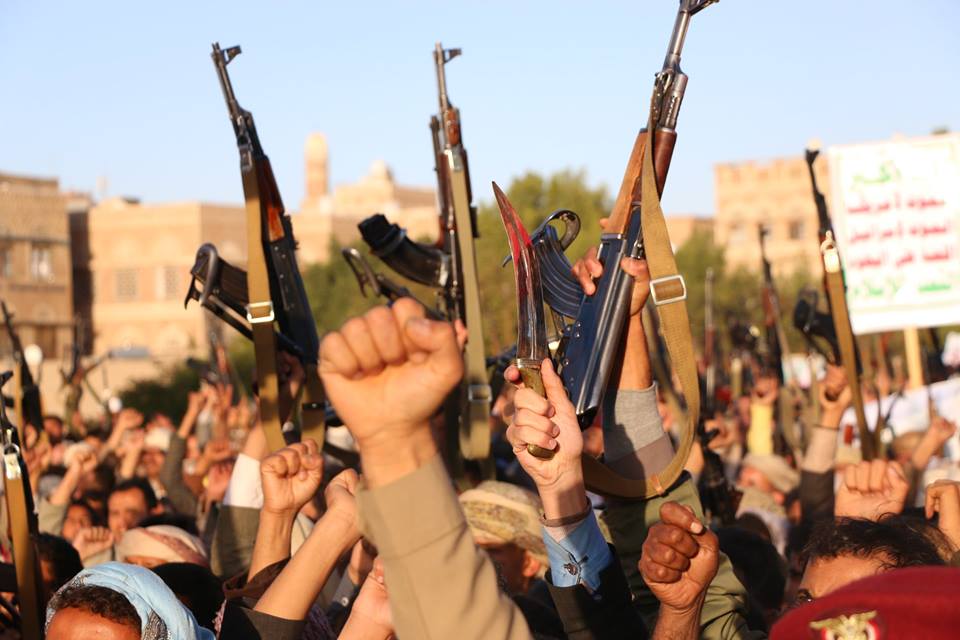 Althawra Net
Thousands of Yemeni people have once again flooded the streets of the capital, Sana’a, to denounce Saudi Arabia’s relentless military aggression against their country.
The protesters gathered in the Bab al-Yemen region in Sana’a on Friday to voice their outrage at Saudi’s airstrikes against their country as well as a recent decision by the United States to sell more arms to the Riyadh regime.
The rally was held as one person was killed and several others were injured in Saudi airstrikes on a neighborhood in the town of Khadir in southwestern province of Taizz on Friday.
Also on Friday, 10 civilians, including children, lost their lives and several others were injured during Saudi bombings on ٍSada’a Province in northwest of Yemen.
According to the Yemeni Civil Coalition, which monitors the crimes committed during the Saudi aggression against Yemen, nearly 7,500 people have lost their lives and over 16,000 others wounded in the Saudi raids since late March. The UN has, however, put the death toll at 5,700, including 830 women and children.
The Saudi strikes have also destroyed the impoverished country’s facilities and infrastructure.