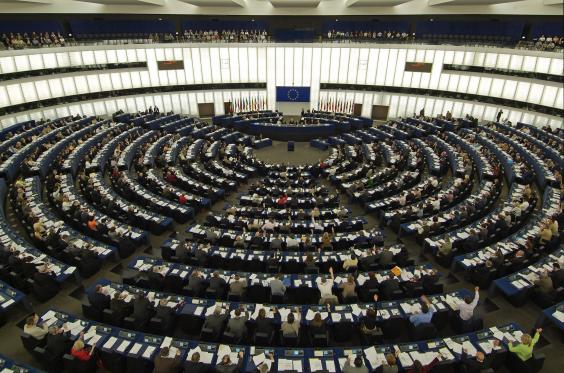 Althawra Net
The European Parliament has voted in favour of an EU-wide embargo on selling arms to Saudi Arabia.
A resolution calling for a ban on all weapons sales to the country was passed by 359 votes to 212, with 31 MEPs abstaining.
The non-binding motion calls on member states to stop selling weapons to the country, which is currently conducting a widely-criticised military operation in neighboring Yemen marked by high civilian casualties.
The UN has also said Saudi Arabia is contributing to a “humanitarian disaster” in Yemen.