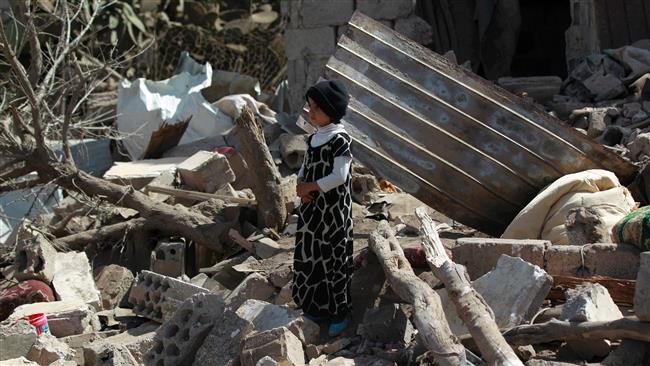 Althawra Net
Saudi Arabia has been accused of bombing civilians with European-made equipment during in its war in Yemen
The European Parliament has voted in favour of an EU-wide embargo on selling arms to Saudi Arabia.
A resolution calling for a ban on all weapons sales to the country was passed by 359 votes to 212, with 31 MEPs abstaining.
The non-binding motion calls on member states to stop selling weapons to the country, which is currently conducting a widely-criticised military operation in neighboring Yemen marked by high civilian casualties.

Criticism of the country’s military operation have however included the bombing of multiple hospitals run by the charity Médecins Sans Frontières and the deaths of thousands of civilians, including 130 at a single wedding.
While international observers have recognised abuses on all sides, in late December UN human rights chief Zeid Raad al-Hussein said that a “disproportionate” number of attacks of civilians in Yemen had come from the Saudi-led invasion force.
“I have observed with extreme concern the continuation of heavy shelling from the ground and the air in areas with high a concentration of civilians as well as the perpetuation of the destruction of civilian infrastructure – in particular hospitals and schools – by all parties to the conflict, although a disproportionate amount appeared to be the result of airstrikes carried out by Coalition forces,” Mr Zeid said.
The UN has also said Saudi Arabia is contributing to a “humanitarian disaster” in Yemen.
Figures reported by the Independent in January showed British arms firms cashing in on the conflict, with sales of bombs and missiles to the autocratic regime surging from £9 million to £1 billion in just three months last year.
The Government must approve all arms exports by UK companies abroad. Overall UK licences granted to military equipment to the country are £6.7 billion since David Cameron took office in 2010 and £2.8 billion since the bombing of Yemen began.
Recent opinion polling by Opinium found that 62 per cent of UK adults oppose arms sales to Saudi Arabia, with only 16 per cent supporting them.

Andrew Smith of Campaign Against Arms Trade said the sale of European weapons to the region was fuelling the war in the region and that EU member states should listen to the European Parliament.
“The European Parliament has sent a clear, strong and much needed message to governments like the UK, that have been complicit in the destruction of Yemen,” he said.
“The toxic combination of arms sales and political support has helped to fuel, facilitate and legitimise the humanitarian catastrophe that is taking place.”
Alyn Smith, a Scottish National Party MEP involved in the tabling the motion, said Europe had a duty to the civilians of Yemen being killed by Saudi Arabian weaponry.
“Our duty is to the civilians in Yemen, and given widespread and very valid concerns over the conduct of the war by Saudi forces, our call for an EU-wide arms embargo is proportionate and necessary.”
Mr Smith, who is a lawyer by profession and who sits on the EP’s foreign affairs committee, said he believed EU-made weapons being exported to Saudi Arabia were breaching international law.
Earlier this year lawyers from the Leigh Day firm, representing Campaign Against the Arms Trade, took steps towards a legal challenge of the British Government’s arms sales.
Richard Howitt, a Labour MEP who is the Socialist group’s foreign affairs spokesperson, said Europe had a legal duty to work towards the end of the crisis in Yemen.
“This is a clear humanitarian appeal to end the bloodshed in Yemen, and call on Saudi Arabia to pursue a political rather than a military solution to the conflict,” he said.
“Europe and the world must not ignore the unacceptable death toll in Yemen, and the European Parliament voted today that the allegations of breaches of international humanitarian law by Saudi Arabia in Yemen are now so serious that continuing arms sales would constitute a breach of the EU’s own legally-agreed Code of Conduct.”
Parliament’s International Development Committee earlier this month said the UK should suspend all arms sales to Saudi.
David Cameron has defended British support to the operation, arguing that the UK’s relationship with the petro-state was “important for our security”.
Foreign Secretary Phillip Hammond said in November that he wanted to sell even more munitions to Saudi Arabia.
“We’d always like to do more business, more British exports, more British jobs and in this case very high end engineering jobs protected and created by our diplomacy abroad,” he told the BBC’s Newsnight programme when asked about the issue.

He admitted that the weapons were being used in Yemen but said that Saudis “deny there have been any breaches of international humanitarian law”.
A Government spokesperson said of arms exports to Saudi Arabia: “We operate one of the most rigorous and transparent arms export control regimes in the world with each licence application assessed on a case by case basis, taking account of all relevant information, to ensure compliance with our legal obligations. No licence is issued if it does not meet these requirements.