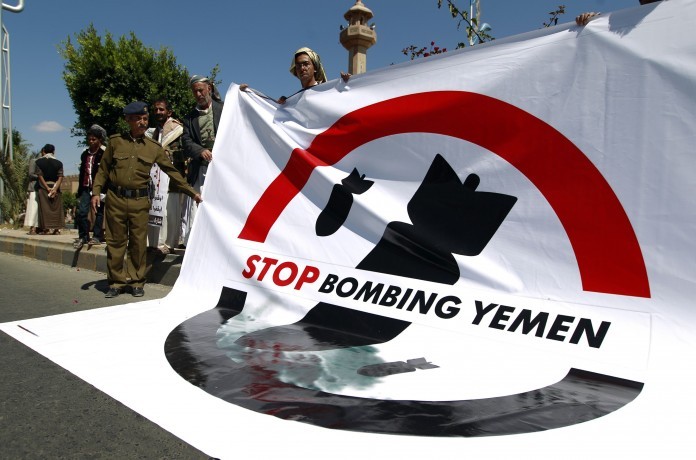 Ahmed al-Hubishi, a political analyst and a journalist, wandered  why Saudi aggression is so insisted  to reduce the peace seven points project to four, after it was accepted by the Houthis and former president  and the leader of the GPC party Ali Abdullah Saleh and accepted by the international security council.

“Why the United Nations’ envoy adopted the Saudi position of rejecting the UN project and reducing the issues that agreed in Geneva talks 2 to four issues?” al-Hubishi asked in his Facebook page.

He said “ the most dangerous point is that why the UN accepted the Saudi Arabia request to  remove the anti-terrorism point in Geneva talks 2 draft?”

He also pointed out that the decisions related to the political situation in Yemen by UN Security Council emphasis the important of the fighting terrorism .

The seven points contained the permanent truce on the border, consensus government  that Ansar Allah (Houthi) participate  in,  held an international donor conference to rebuild war damages, and  make a parliament and presidential elections.