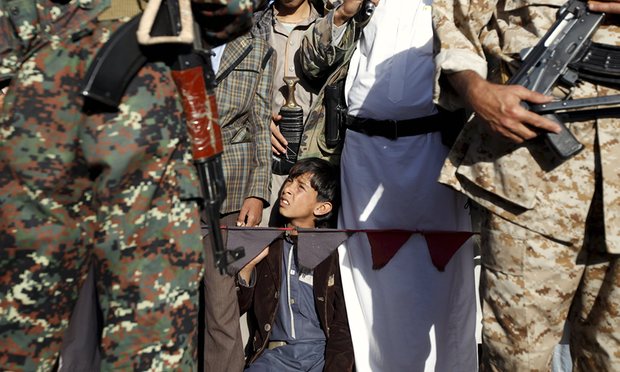 British sales of arms to Saudi Arabia for use in Yemen will be the subject of a full-scale inquiry by a cross-party committee, while the government is also facing a high court challenge to examine whether its actions break UK and EU arms export laws.

The inquiry by the powerful committee on arms exports controls is going to look not just at arms sales to Saudi Arabia and their use by the Saudi air force in Yemen, where there is growing concern about civilian deaths, but also UK arms sales to other Gulf countries.

The committee, which has taken months to be established since the general election, has a specific remit: to examine the government’s expenditure, administration and policy on strategic exports, specifically the licensing of arms exports and other controlled goods.

The UK government has licensed £6.7bn of arms to Saudi Arabia since David Cameron took office in 2010, including £2.8bn since the bombing of Yemen began in March 2015. There have been strong claims, including by a UN panel, that the Saudi bombing campaign led to repeated breaches of human rights laws.

Saudi Arabia has led a coalition undere the aim of fighting Houthis in Yemen. A UN report leaked to the Guardian in January found “widespread and systematic” targeting of civilians in the Saudi-led strikes, and identified 2,682 civilians killed in such strikes.

The arms control committee’s chairman, Chris White, the Conservative MP for Warwick and Leamington, said: “The defence and security industry is one of the UK’s most important exporters. However, it is vital that its financial success does not come at a cost to the nation’s strategic interests.

“We have launched this inquiry to understand what role UK-made arms are playing in the ongoing conflict in Yemen. Have the criteria set by the government for granting arms export licences in the region been respected, and what should be the consequences if they have not?”

He said the committee was also likely to look at the role of the Department for International Development in sanctioning arms sales. It has emerged that DfID was not consulted on the arms sales to Saudi Arabia, even though it has a major aid programme in Yemen. DfID is only consulted on arms licences if it has an aid programme in the affected country.

The high court case brought by the Campaign Against Arms Trade (CAAT) calls for the government to suspend all current export licences and refuse all new licences to Saudi Arabia where it is possible the weapons could be used in Yemen, while the business secretary, Sajid Javid, reviews whether the sales are legal.

Under UK arms sales rules, export licences should not be granted if there is a “clear risk” that such equipment could be used to break international humanitarian law. Licensing is overseen by the Department for Business, Innovation and Skills.

CAAT’s legal case against the British government says that bodies including the UN panel of experts, the European parliament and humanitarian NGOs have all found that the Saudi-led coalition has failed to comply with international humanitarian law by taking “all precautions” to prevent civilian harm.

Andrew Smith of CAAT said the UK had “stood shoulder to shoulder” with the Saudi government throughout its campaign in Yemen. “Despite overwhelming evidence that Saudi Arabia has breached international humanitarian law, the government has continued to license arms exports to the regime, making a mockery of its own legislation,” he said.

“The licences should never have been awarded in the first place, and if arms export controls are worth the paper they are printed on, then the government must finally stop arming Saudi Arabia.”

Rosa Curling of the law firm Leigh Day, which is representing CAAT, said: “If there is a clear risk that arms exported from the UK might be used to violate international humanitarian law, the UK has a legal obligation not to grant licences for the export of military equipment and arms … The UK government must not allow itself to be caught up in the appalling actions that are taking place by the Saudi coalition forces in Yemen.”

The UK government has repeatedly refused to suspend its arms sales to Saudi Arabia. When challenged by Jeremy Corbyn over the issue at prime minister’s questions in January, David Cameron said: “We have the strictest rules for arms exports of almost any country anywhere in the world.”