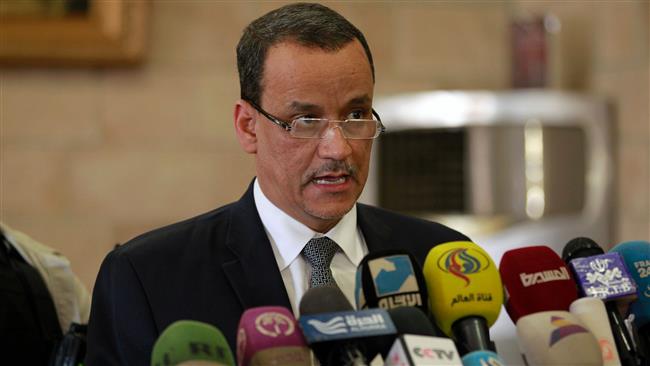 The United Nations special envoy for Yemen says reconciliation between warring sides to the conflict gripping the Arab country has never been as close as it is now.

In an address to the UN Security Council on Friday, Ismail Ould Cheikh Ahmed said both Houthi Ansarullah fighters and Saudi-backed loyalists to Abd Rabbuh Mansur Hadi, Yemen’s former president, had “never been so close to peace.”

The two parties’ consensus on an open-ended ceasefire that began at midnight on April 10 and their commitment to attend peace negotiations due in Kuwait on April 18 highlights the potential for peace, he added.

They last sat down for discussions in the Swiss city of Geneva in December 2015. However, the six-day talks ended with no major breakthrough and led to a shaky truce that officially ended on January 2 following repeated breaches mainly by Saudis.

Elsewhere in his comments, Ahmed said the developments over the last weeks have raised hope despite “a worrying number of serious violations” of the latest truce.

He also called on both sides to the Yemeni conflict to “drop their destructive and belligerent attitudes,” agree to overcome obstacles and restore peace.

“Yemen is now at a critical crossroad,” said the UN official, adding, “One path leads to peace while the other can only worsen the security and humanitarian situation.”

He further emphasized that a positive outcome in the peace talks will require “difficult compromises from all sides, as well as determination to reach an agreement.”