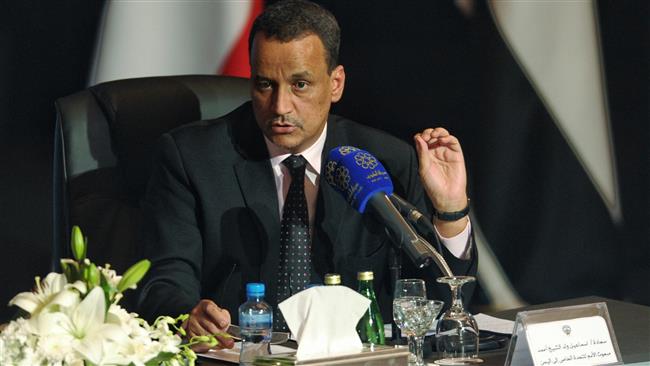 The UN special envoy for Yemen has described as encouraging the atmosphere of the first day of negotiations between Yemen’s warring factions, calling for an end to a deadly Saudi military campaign on the impoverished state.

Ismail Ould Cheikh Ahmed hailed as “very constructive” Friday’s direct discussions between Ansarullah fighters and their allies on the one side and Saudi-backed loyalists to ex-president Abd Rabbuh Mansur Hadi on the other side in Kuwait.

“There was a consensus on strengthening the cease-fire and the two sides were committed to the need to achieve peace and that this is the last opportunity,” he said.

Ahmed further noted that an open-ended ceasefire that began at midnight on April 10 is respected 70-80 percent across Yemen. The truce was announced as a step to calm the situation ahead of the peace talks.

The negotiations had been planned by the UN to open on April 18, but were delayed over accusations of ceasefire violations from the parties to the Yemeni conflict.