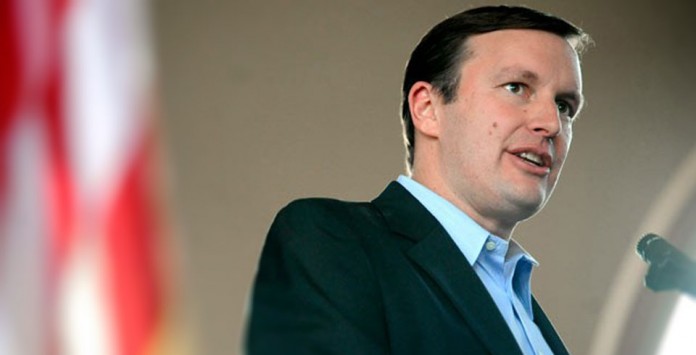 The Senate hasn’t taken a vote to prevent arms sales to longtime U.S. ally Saudi Arabia for three decades. But Murphy’s efforts comes amid grumbling from lawmakers that the country, despite being a key U.S. ally in the region and one of the world’s biggest purchasers of U.S.-made munitions, isn’t necessarily acting in the national security interests of the United States according to Washington Post on April 12th.

The article said that the frustrations echo all the way up to the White House, where Obama has expressed frustrations about Saudi Arabia’s conduct in the Middle East, and recently described the U.S.-Saudi relationship to The Atlantic as “complicated.”

“In Yemen today we are blamed for the slaughter and the civilian casualties as much or more than the Saudis,” Murphy said, adding that the Yemen conflict was “becoming recruiting fodder for jihadist organizers.”

Murphy’s own admission is unlikely to rally much support from the administration or his peers. He reported Lawmakers and administration officials may openly criticize Saudi Arabia – but they also count the powerful, oil-rich nation as a key ally in the Middle East.

“I don’t think that the result of the Iran nuclear agreement should be the United States doubling down on proxy wars in the Middle East that are contrary to our national security interests,” Murphy said in an interview.

According to the report, He complained that recent Saudi military campaigns backed by the U.S. and fueled by U.S.-made weapons have “hurt the U.S. and has strengthened the terrorist groups that we’re fighting.”

Chief among Murphy’s complaints is Saudi Arabia’s conduct in neighboring Yemen, where a Saudi-backed coalition has been fighting.

The report pointed out  that Saudi Arabian forces once participated in the U.S.-coalition fight against ISIS by carrying out airstrikes against Syria, but pulled back over the last year as Riyadh shifted its military focus toward Yemen. But as the fighting there intensified, al-Qaeda gained a stronger foothold and human rights groups complained that Saudi Arabia’s involvement was causing the civilian death toll to mount. They called on the United States to stop selling arms to its ally.

Murphy  said “ I want to subject sale of air-to-ground weapons and ammunition – the bulk of what the U.S. sells to Saudi Arabia – to a certification process, in which the White House would have to guarantee the Saudis are really targeting terrorists and not civilians in Yemen,”.

He added that he would like to ensure that the Saudis are playing a greater role in providing humanitarian aid and protection in conflicts throughout the Middle East, and are contributing effectively to U.S. national security priorities in the region – particularly the fight against ISIS. But  pulling arms out of the hands of allies is not something Congress does often or hastily, according to the report.