Home Reports Al-Jafri : Chaos In Aden Is A Saudi’s Aim In Yemen 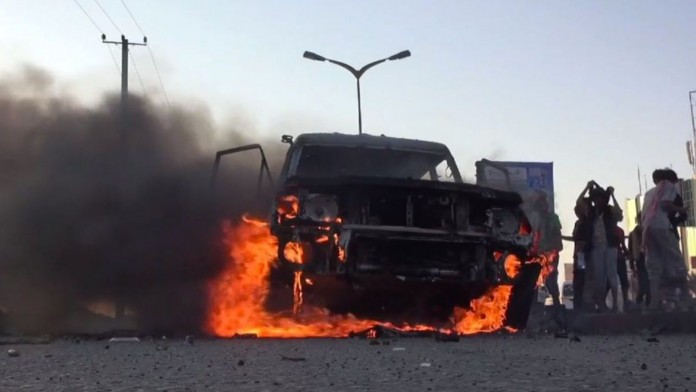 Brig. Abdullah Hassan al-Jaffery, a  military strategic expert,  confirmed that the deteriorating humanitarian situation in Aden is because the terrorist acts of al-Qaeda members there.

“Al-Qaeda existence in Aden led to the power outage, blockage sewer in the streets, drugs shortage and the lack of domestic oil derivatives, gas water,” he added.

In a seminar held in Sana’a, al-Jaffery presented a paper  under the title “The City Of Coexistence After Al-Qaeda And Daash Control” showing that the Aden suffered looting, bombings, rapes and kidnappings after the withdrawal of the Yemeni army and people committees.
In her part, Nouria al-Asbahi, Executive Director of al-Moa’al organization for Rights and Development said that 186 people were assassinated,  248 slaughtered,  231 people killed, 299people got  injured  with car bombs  explosions ,  451 kidnapped   37 people were dragged,  12 cases of rape in 2015.
Ahmed Al-li’ee, the Rapporteur of the Coordinating Committee of the National Front for the people of the southern provinces, confirmed that the unfamiliar of the security breakdown is one of the Saudi aggression aims to spread chaos among Yemenis.