Home Local News $ 7 Billion The Energy Sector Losses Due To The War In... 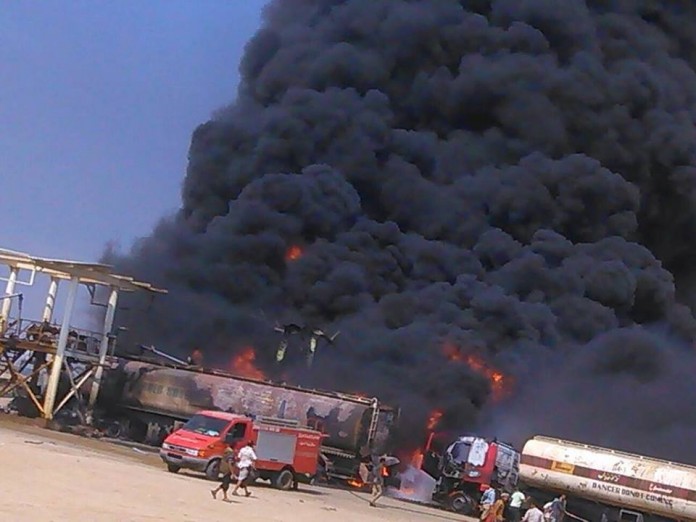 May 6th , Yemeni official announced that the loss of direct and indirect power sector are 7,000,000,000  that caused by Saudi- led coalition aggression,

The acting minster of Oil and Mineral Yahay Al- Aajam said that targeting the oil institutions and its refineries , tanks , pipelines and  stations aimed to destroy the economy of Yemen and its vital economic  institutions.

In the statement, the oil and  mineral ministry stated that the war caused a decline of the Yemeni state revenue from oil and gas by %71.1 over the past year, “the war resulted  the stopping of the activities of foreign and domestic companies as well as stop exporting the liquefied natural gas.”

According to the Al0 al-Sana, the Undersecretary of the Ministry of Oil, the war targeted and destroyed ten Gas stations, nine Gas trunks and more than 136,000 Gas cylinder, as well as targeting  Ras Esaa oil port.

He added that the stopping of Gas and Oil export caused led to $ 3 billion losses over the past year, in addition to technical losses in the production of oil fields.