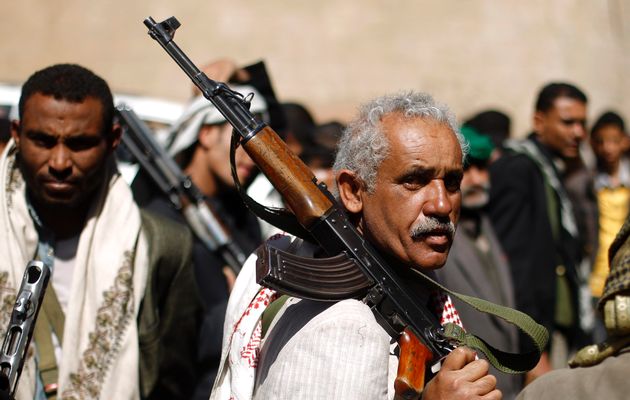 May 6th, The Supreme Revolutionary Committee (SRC) confirmed that Yemeni people reject the presence of the American military occupation in Yemen for any reasons .

SRC statement stated that the United Nations (UN) and world countries are responsible for the silence about the American  military intervention in Yemen.

”In the same time that UN doing a political efforts in Yemen peace talks in Kuwait to stop the blockade and end Yemenis suffering , we realized that we stand in a very dangerous step which is the presence of the American military occupation in the southern of Yemen in Al- Aned military  base,” SRC said.

SRC considered  this presence of the American Military to be as an extend for the American colonialism for a lasting long time interference in the country .

” our revolutionary came to get the national freedom and the Yemen sovereignty,” the statement added.

The Supreme of the Revolutionary Committee confirmed the ability to face and fight Al-Qaeda and Daash (ISIS) that are supported by Saudi-led coalition aggression.

”we confirmed that the presence of the USA and UAE military forces in southern Yemen is an aggressive colonialism, that aimed to rip off the natural recourses of Yemen, divide and occupy the country ,” SRC said

All Yemenis will resist and face any attempt of this colonialism  until Yemenis achieve victory  and independence.