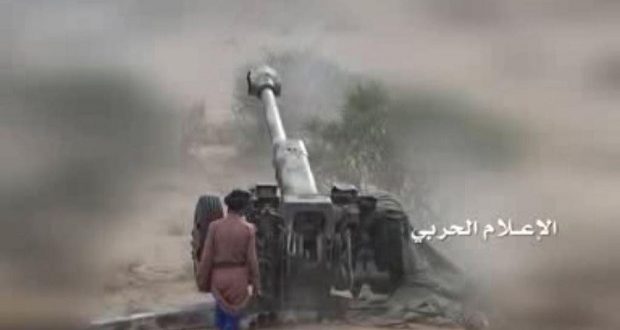 The rocketry of the army and popular committees continues to bomb Saudi positions and gatherings in Jizan ,Nagran and Assir inflecting direct hits .

A military source in Jizan pointed that the army and popular committees artillery bombed  gatherings and fortifications  of Saudi soldiers in many positions Which led to the death and wounded of  number of the Saudi soldiers and inflicted heavy material losses.

The source pointed that the rocketry of the army and popular committees bombed Bin Laden company and  Saudi mercenaries off the al-Khadrah’ port  ,and  bombed alshshurfah command in Najran . They also targeted Saudi soldiers gatherings behind the Musial position in Assir .