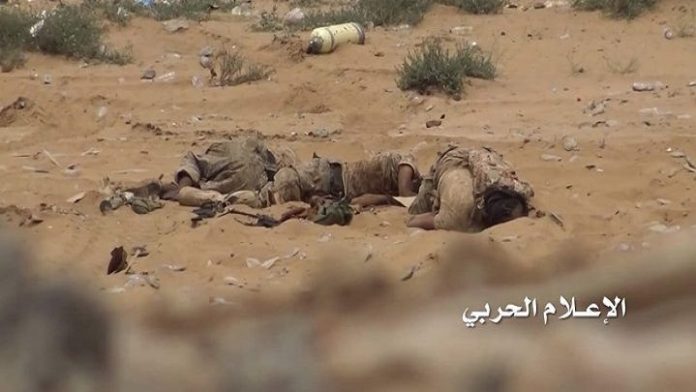 A large number of the Saudi-American aggression mercenaries  were killed in a large-scale attack by the army and the popular committees on their positions at al-Mutoun directorate in Al-Jouf province .

A military source told the Saba news agency that units  of the army and popular committees carried out a qualitative operation on the positions of the mercenaries in Ham lower area, causing heavy casualties in their lives and equipment.

The source pointed out  that the artillery of the army and popular committees bombed gatherings  of the  mercenaries in  Sudba district in the directorate .