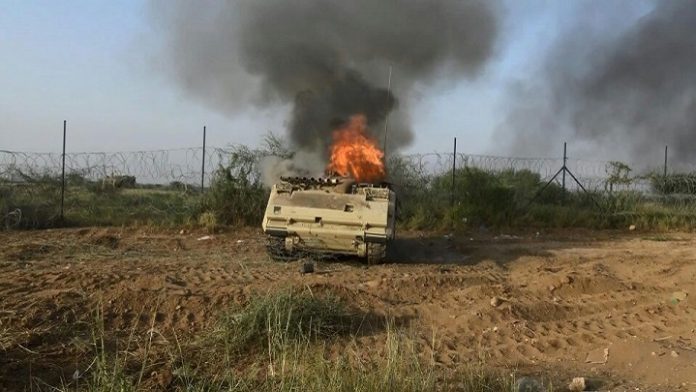 The heroes of the  army and popular committees destroyed an armored vehicle loaded with the mercenaries in Mwazi district  in Taiz governorate .

A military source said that the artillery force targeted with  several  shells an armored vehicle loaded with the mercenaries  resulted in the destruction of the armored  vehicle and killed on board, while the  Saudi American  aggression warplanes launched a raid east of  Khaled camp in the same directorate .