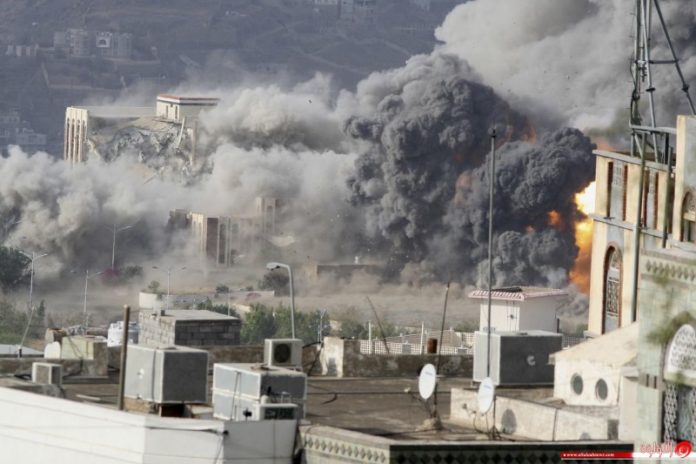 Sources told Al-Fajr Al-Jadeed that the five raids targeted the gate and the administration of the building  of the Nature Reserve and resulted in the killing of an old woman who was grazing the sheep next to the gate and wounding several others, including the director general of the reserve, Abdul Qader Yaghn .

The aggression aircraft continues to fly in the area , causing panic among the residents of the directorate .