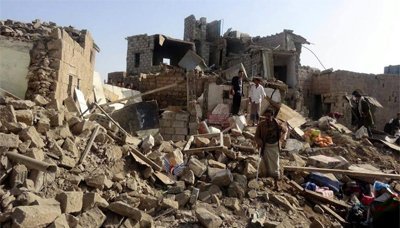 The Saudi warplanes  launched 47 raids on six governorates  and Najran. The shelling targeted the border areas, killing 13 civilians and destroying homes and property in the past 24 hours .

Residential areas in  Hidan area were hit by a rocket and a Saudi gunman .