Home Reports Oxfam : One Civilian Is Killed Every Three Hours 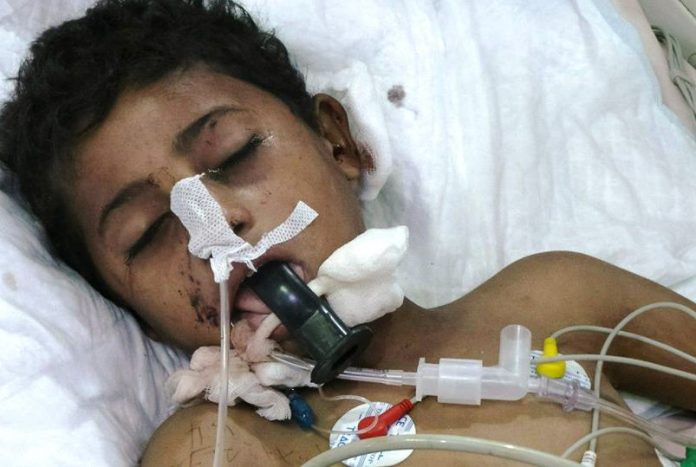 Oxfam international organization said that one civilian has been killed every three hours in fighting in Yemen since the beginning of August, with many more people succumbing to disease and hunger,

Oxfam called  the UK, US and other governments to suspend arms sales to the Saudis because of their disregard for civilian lives in the war in Yemen.

Oxfam said in its recent report that Yemenis face the triple threat of war, disease and hunger.  Between 1 August and 15 October 575 civilians were killed in the fighting, including 136 children and 63 women. There have been more than 1.1 million cases of cholera in the last 18 months, with over 2000 of those proving fatal. And there have been over 100 deaths from diphtheria over a similar period.  The UN warned this week that more than 14 million could die from starvation if the war continues.

“Every single life lost to this shameful conflict, be it through armed attacks, or through starvation and disease, should be an international outrage. ” Muhsin Siddiquey, Oxfam’s Country Director in Yemen said

The recent depreciation of the Yemeni Rial has led to the price of locally available foods soaring in markets. Yemen relies on imports for many staple foods, but importers are struggling to buy dollars to bring grain into the country.

Fuel has also sharply increased in price. The national average price for a liter of diesel is up 280 per cent on the price paid before the conflict began in March 2015. Many people rely on trucks to deliver clean water but if that becomes too expensive or unavailable they may turn to dirty water sources, increasing their risk of disease.