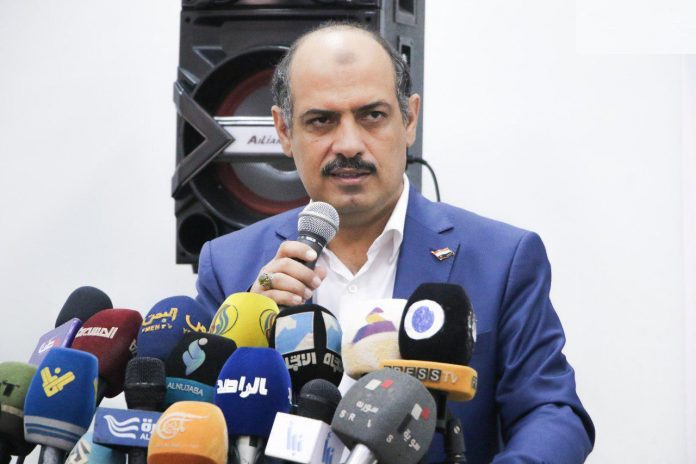 Minister of Transport of Yemen Zakaria al-Shami, has on Monday renewed the call for the United Nations and the Security Council to quickly open Sana’a International Airport in order to transport citizens and patients who were prevented from traveling through airports of the southern provinces occupied by the aggression countries.

Al-Shami stressed the importance of opening the Sana’a airport immediately to alleviate the suffering of thousands of patients who are in dire need of travelling abroad for treatment, as well as students and residents abroad.

He pointed out that the prevention of travelers in the city of Aden by the occupation forces and their tools are aimed at stirring up sedition, regionalism and racism, and are increasing Yemenis’ suffering.