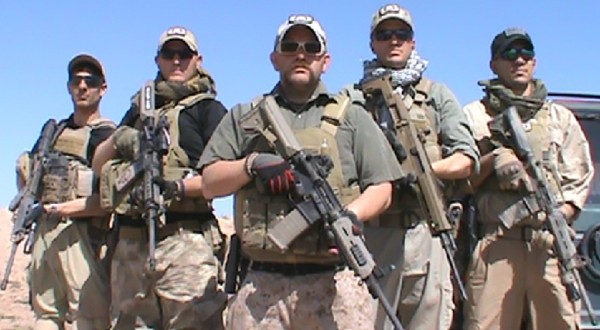 The United Arab Emirates (UAE) has relied on mercenaries in its wars in Libya and Yemen and also deployed them in a number of ports in countries along the Red Sea coast, The EurAsian Times said in a report.

According to the report, in 2011, the UAE signed a $529 million contract with Reflex Response Security Consultants managed by infamous Blackwater Worldwide founder Eric Prince, who has legal problems in the US because of his security business.

The report confirmed that Former Palestinian senior security official Mohammed Dahlan worked with the UAE’s crown prince as a security consultant because of his close ties with private security companies which provide mercenaries.

Around 450 mercenaries from Latin American countries dressed in UAE military uniforms were deployed in Yemen in 2015 to fight alongside the Saudi-led coalition against Yemeni army and popular committees, Known in the western media as ( Houthis), according to a New York Times report.

The report said fighters were trained in UAE deserts before being deployed.

The United Arab Emirates (UAE) has increasingly sought to expand its influence in the Middle East. Experts write that the UAE has vested interests in the Middle East, North Africa and the Horn of Africa, and has not shied away from using mercenaries in its regional endeavours.

With a small population of around 2.7 million, the UAE has not been able to get enough recruits from within its citizenry to take part in external wars in the region. As a result, it was forced to recruit mercenaries to do “dirty” work on its behalf.

On the other hand, BuzzFeed News reported in 2018 that the UAE hired US mercenaries to kill politicians belonging to the al-Islah party that the UAE considers a “terrorist group” for its alleged affiliation to the Muslim Brotherhood.

The report said the UAE sought to eliminate individuals that have challenged its separatist policies in Yemen; its control over resources of southern Yemen and its military and mercenaries’ presence in the strategic Socotra Island.

Earlier this year, UAE-based Black Shield Security company was accused of deceiving Sudanese youth by offering contracts as security guards in the UAE only to take them for training at a military camp and then forcefully deploy them in Libya and Yemen.