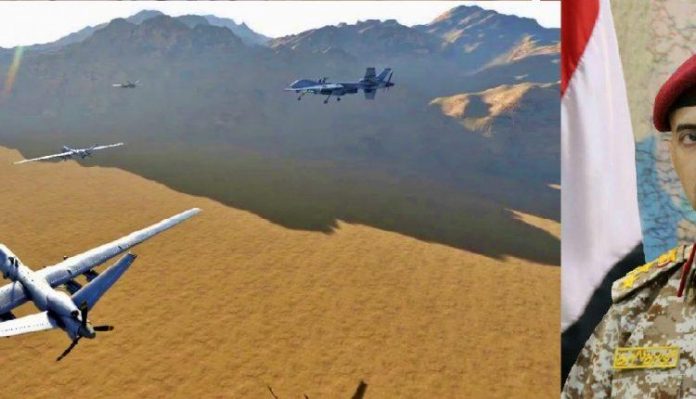 The Yemeni Armed Forces have on Monday morning carried out a new drone attack against Saudi target inside Abha airport in the Asir region, the Yemeni army spokesman said in a statement.

Army spokesman, Brigadier General Yahya Sare’e, confirmed that the air force had launched a new attack on Abha International Airport with a drone of the Qasef-2K type, targeting a sensitive target inside the airport.

This came less than 24 hours after an earlier targeting of the same airport.

The spokesman confirmed that the drone attacks accurately hit the target at the airport, saying that “this targeting comes in response to the enemy’s air escalation and its continued siege on the Yemeni people.”

Over the past two day, the Yemeni forces launched a series of drone strikes targeting several sensitive targets at King Khalid Air Base in Khamis Mushayt as well as the Jizan and Abah airports, using Qasef-2K type drones.