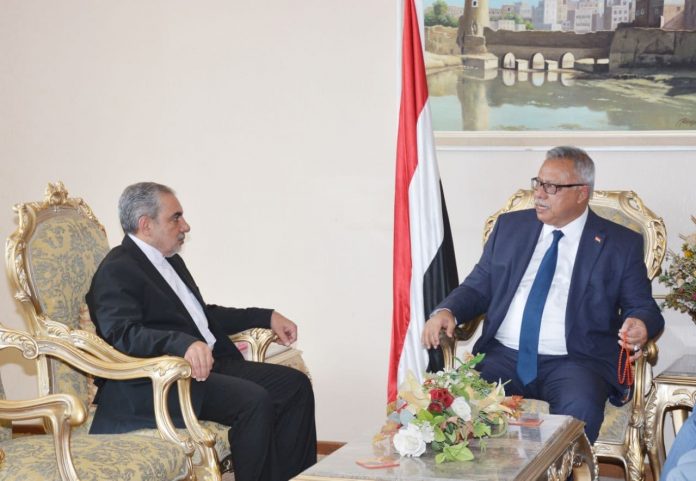 At the meeting, bin Habtoor and the ambassador discussed means of enhancing and developing relations and cooperation between the two brotherly countries in various political, economic, developmental and cultural aspects.

The Prime Minister welcomed the Iranian ambassador, stressing that his government would provide all necessary facilitations support to serve his diplomatic activity in strengthening bilateral relations and the mutual interests of the two countries.

Bin Habtoor highly valued the political and media role and a courageous fraternal position being made by the Iranian leadership in the support of the Yemeni people during the current exceptional period.

Meanwhile, the Iranian official affirmed the depth of fraternal Yemeni-Iranian relations that are based on respect between the two sides, especially in light of the current tragic situation that Yemen is going through.