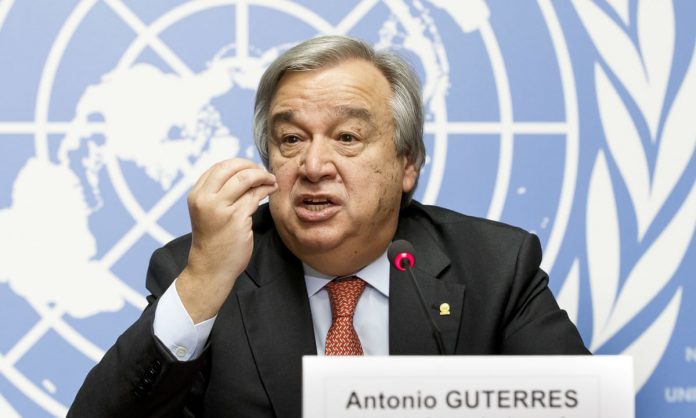 United Nations (UN) Secretary-General Antonio Guterres called on world countries to provide financial assistance to resolve the severe economic crisis in Yemen, which has been under incessant attacks by a Saudi-led coalition over the past several years.

Saudi Arabia and a number of its regional allies launched a devastating war on Yemen in March 2015, in an unsuccessful attempt to suppress an uprising that had toppled a Riyadh-friendly regime.

“I call on all member states to step up their financial support for United Nations relief operations, and to help address the severe economic crisis in the country,” Guterres said in a statement issued via his spokesperson Stephane Dujarric on the second anniversary of the Stockholm Agreement between Yemen’s Houthis and Riyadh-sponsored loyalists to the former regime of Yemen.

Guterres said the 2018 agreement was a diplomatic breakthrough aimed at bringing an end to the conflict in Yemen, and said “far more needs to be done” to achieve that goal and the profound suffering of the Yemeni people had persisted.

“The preservation of this lifeline is even more vital now as pockets of famine-like conditions have returned in Yemen and millions are facing severe, growing food insecurity, in particular against the backdrop of the COVID-19 pandemic,” he said, adding that it is crucial to avoid any action that could exacerbate the dire situation in Yemen.

“Only through dialogue will the Yemeni parties be able to agree on a nationwide ceasefire, economic and humanitarian confidence-building measures to alleviate the suffering of the Yemeni people, as well as the resumption of an inclusive political process to reach a comprehensive negotiated settlement to end the conflict,” the UN chief said.

The remarks by Guterres came as the Food and Agriculture Organization of the United Nations (FAO) raised the alarm about millions of Yemenis risking falling into worsening levels of hunger by mid-2021.

“The Yemen crisis remains the world’s worst humanitarian crisis with millions trapped in a cycle of conflict and hunger. Everyday life in Yemen gets harder for millions as the window to prevent famine narrows. We must act now,” the WFP said in a tweet.

Earlier this month, the UN Office for the Coordination of Humanitarian Affairs (OCHA) offered the staggering death toll of 233,000 from the Saudi-led war on Yemen.