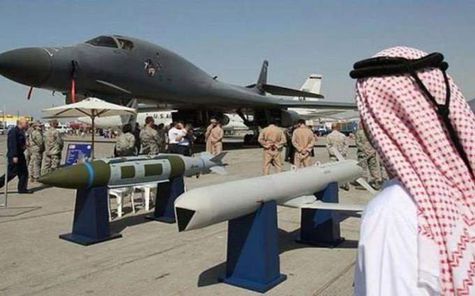 The Italian government said on Friday that it had canceled all arms sales to Saudi Arabia and the United Arab Emirates, due to their involvement in the war in Yemen, making permanent an 18-month temporary suspension.

“Today I am announcing that the government has revoked the authorisations underway for the export of missiles and aircraft bombs to Saudi Arabia and the United Arab Emirates,” Foreign Minister Luigi Di Maio said.

“This is an act that we considered due, a clear message of peace coming from our country. For us, respect for human rights is an unbreakable commitment,” he added.

Permits were previously granted for the sale of aircraft-mounted bombs and missiles at a time when they were used in the Yemen war.

The Italian government’s decision relates to six permits, one of which was to export 12,000 bombs to Saudi Arabia under a contract worth 400 million euros.

This development comes in light of a decision in the Italian parliament last December to revoke the renewal of these permits.

Italy’s Peace and Disarmament Network, a campaign group, hailed the “historic” move that it estimated would see orders for more than 12,700 ordnance canceled.

This comes two days after the new US administration, led by Joe Biden, temporarily suspended several military deals which the Trump administration has concluded with the UAE, including F-35 fighters.

The anti-war and Yemen solidarity movement in Italy has campaigned for years to ban weapons sales to Saudi Arabia and the UAE, citing the use of Italian weaponry in the war against Yemen as reason