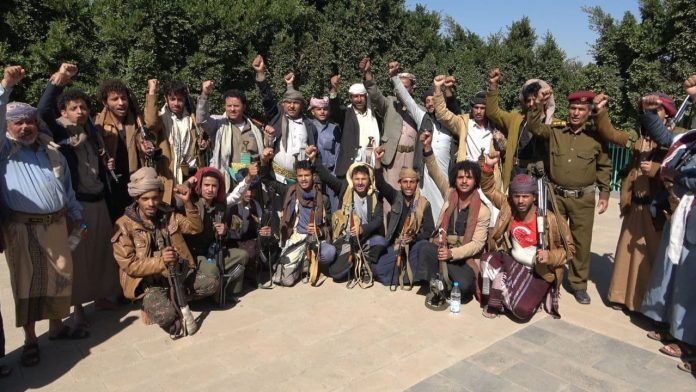 The National Center for Returnees received on Tuesday in Sana’a 11 deceived soldiers who returned from Marib front.

During the reception, the soldiers explained that the aggression and its mercenaries had evaded from many locations in Marib province.

They indicated that the mercenaries are dying and that Marib will soon return to the homeland.

They expressed their thanks to the tribes of Marib refusing to stand by the aggressors and mercenaries, recording honorable patriotic stances alongside the national forces that defend the homeland and the Yemeni people