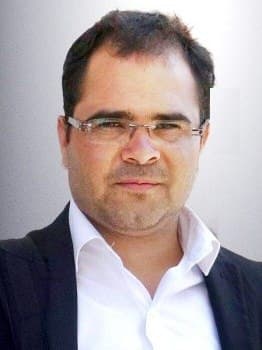 Today, February 16, 2021, the US decision of delisting Yemen’s Anasrullah group from terrorism list comes into effect after the US Secretary of State Anthony Blinken announced last Friday to cancel and revoke the previous US administration’s designation of Ansarullah as a terrorist organization.

Less than a month later, the US decision dropped and the charge of terrorism against Yemen was dropped by the US.

The United States of America changed its logic; however, it has not changed in its reality.
It is unusual that the US retreats back from the resolutions, but subsequently retreated due to the Yemeni achievements on the ground and the awareness and culture stemming from a Qur’anic culture established and dedicated by The Martyr Hussein Badr al-Din al-Houthi .

When he said that if Yemen had shouted in a week, America would have been nice to Yemen, America would have changed its logic and exempted Yemen from having terrorists that is what happened, the wisdom of the great popular rejection and widespread discontent that America fears forced it to review calculations.

But, before the US issued a resolution of designation of Ansarullah as a terrorism group, despite of its dangers and humanitarian and political dimensions, it is America that led the military aggression and imposes the blockade and runs the economic war.
This barbaric war caused a humanitarian disaster that threatened millions of Yemenis with hunger and death. Without the US support, Saudi Arabia and the rest of the aggression countries would not have dared to wage war on Yemen.

However, without the US continuation of this support from the dawn of 26 March 2015 to today, the war would not have continued, destroyed, killed, and created tragedies for Yemenis, who are threatened by hunger, disease and murder under the bombardment of American bombs and missiles.

The American decision to exempt Yemen from the charge of terrorism has nothing to do with its moral position, nor is it a real review of aggressive US policies, but rather an imposition of effective action by the Yemeni people and other factors related to the Qur’anic project.

As a matter of improving the reputation that America relies on to root out its interventions and pass its agendas, it has been influenced by Trump’s behavior, which Biden wants to reform.

Robert Malley, former director of the International Crisis Group, a US official who recently appointed an envoy to Iran, said in an article in Foreign Affairs, “Complicity in the Massacre: in his article he explained How America enables the War in Yemen?” that Saudi Arabia got a Green Light for the US to launch the war on Yemen.

The United States played a major role in the war in Yemen from the beginning, according to Robert Malley.

Al-Jubeir said at the time that the war on Yemen came after the coordination and arrangement of America, and then the White House announced that it allowed “logistical and intelligence support” to the “coalition”, through a joint planning cell established in Riyadh.

Despite of the successive calls from Biden administration, but it has practically failed to reflect positively on humanitarian aspects and prevent the imminent disaster.

What America has not done is the withdrawal from the aggression against Yemen and declare its final cessation, as well as lifting of the total embargo on Yemeni ports and airports.
Apparently, the US will not do so as it seems through the practical conduct of the new administration so far, the Administration can release fuel ships and their crews hijacked at sea by Saudi-led coalition warships.

The Biden’s administration also can declare a cessation of the war on Yemen from its capital, Washington. It can prove its words into actions.

Talking about humanitarian suffering, flow of humanitarian aid and political solution in Yemen, while continuing to do things that aggravate the situation and starve civilians are clear indications that the US is determined to continue its aggression and blockade against Yemen, and these talks are only propaganda under humanitarian headlines.

In the details, the points of difference and contradiction between the verbal proposals seen by the military war on Yemen and the brutal blockade of Yemeni ports and airports.

The actual aggressive behavior of the US, on the other hand, evidences are a lot known by the White House, Congress and the Pentagon.

What’s needed is an immediate cessation of aggression and an immediate lifting of the blockade. The cancellation of the terrorism charge and the termination of support with weapons is not enough.