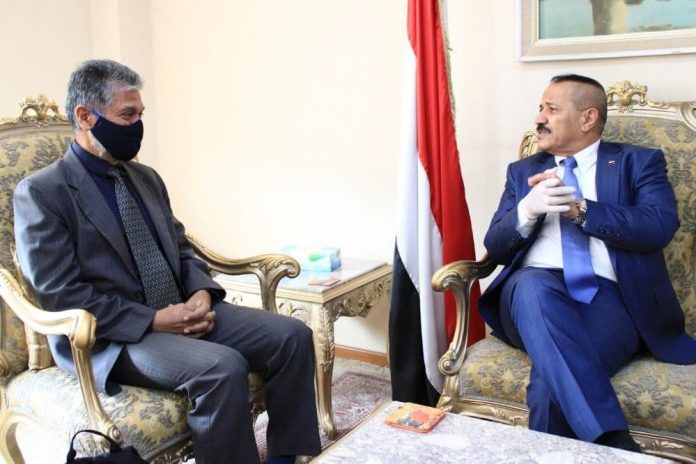 During the meeting, the Foreign Minister listened to a brief presentation on the ongoing activities and program of the UNMHA to implement the Stockholm Agreement in Hodeidah, in addition to clarifications regarding the facilities required for the mission’s work in terms of its field movements.

In the meeting, Sharaf expressed his appreciation for the efforts of General Guha and the mission staff, confirming the National Salvation Government’s keenness to continue cooperating with the mission to ensure the successful implementation of its agreed tasks.

The Foreign Minister condemned the Saudi-Emirati aggression coalition’s continued policy of collective punishment against the Yemeni people by preventing the entry of ships loaded with fuel and domestic gas to the port of Hodeidah.

For his part, Guha confirmed UNMHA’s keenness on the continuation of the RCC’s work to ensure the implementation of what was agreed upon in Stockholm.