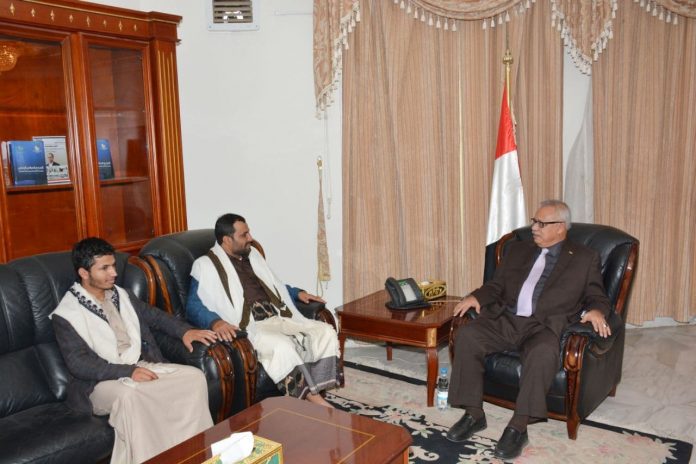 Prime Minister Dr. Abdulaziz bin Habtoor on Saturday confirmed the Government’s keenness on the direct and indirect positive presence in the occupied provinces, based on its national, constitutional and moral responsibility towards citizens in all provinces of the Republic.

During his meeting in Sana’a with Governor of Abyan province Saleh Al-Junaidi, Dr. bin Habtoor affirmed the government’s support for the leadership of the local authority to perform its duties and responsibilities towards the province, which the Saudi-Emirati occupiers turned it into an open battlefield between its agents and mercenaries.

In the meeting, Al-Junaidi reviewed the situation in Abyan, and the suffering of citizens as a result of the destructive practices of the occupation and its followers, at the forefront of which is the security aspect.