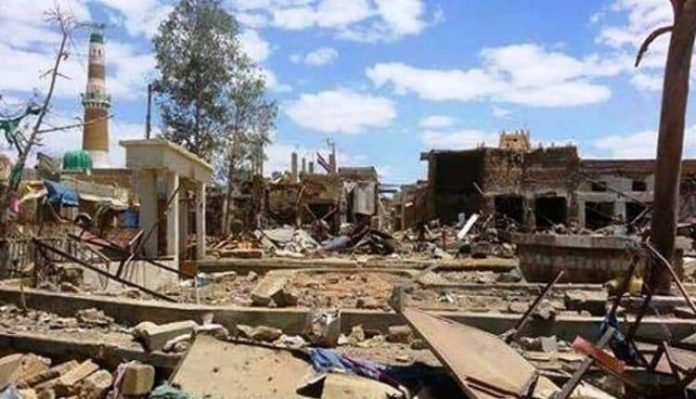 Director of Awqaf Authority office in Saada province, Lutf Al-Awawi, revealed on Sunday that the Saudi-led aggression has targeted more than 303 mosques in the province over the six years of war on Yemen.

“The mosques that were completely destroyed by the coalition in the province amounted to 59 mosques, while more than 244 were partially destroyed,” Al-Awawi said in a press statement.

He pointed out that there are mosques destroyed by the coalition in the border districts as a result of the continuous bombing of them.

The coalition deliberately destroyed the building of the Awqaf office in Saada, which led to the damage of many assets and objects belonging to it, he added.

Al-Awawi condemned the coalition countries’ hysterical targeting of places of worship, without regard for their sanctity and religious status, which exposes their detachment from religious values.