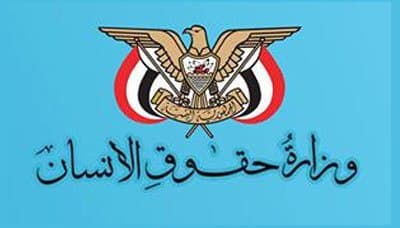 Ministry of Human Rights has condemned in the strongest terms the deliberate siege of the countries of the aggression and their mercenaries to the people of al-Durayhimi district in Hodeidha province.

In a statement, the ministry also denounced the looting and preventing the entry of food and medical supplies by the countries of the aggression to the Internally displaced persons (IDPs) in the district as well.

The ministry also decried the deliberate neglect of the countries of the aggression and their mercenaries in protecting the displaced civilians in Markudha camp in al-Shujaira village, south of al-Durayhimi.

A recent fire in the camp destroyed 30 houses which host more than 670 displaced families.

The statement noted that this fire is not the first as the forces of aggression caused similar fires in the homes of the IDPs in the areas of the West Coast under the control of mercenaries loyal to the UAE.

It called on the United Nations, its international organizations and the International Committee of the Red Cross (ICRC) to take urgent measures to provide aid and assistance to save the displaced.

The Ministry’s statement called on United Nations special envoys to implement the Stockholm Agreement to take a stand on what displaced persons are exposed to in the mercenaries’ control area and to give priority to humanitarian action over political files.