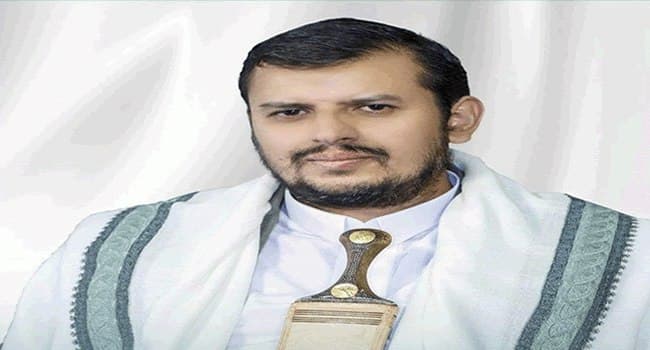 The Leader of the Yemeni Revolution, Sayyed Abdul-Malik Badreddin Al-Houthi, has on Monday congratulated the Yemeni people, those stationed on the front lines, and the Islamic nation on the occasion of Eid al-Adha.

“This holy day has fallen this year while the nation is witnessing difficult circumstances, great challenges and serious events,” Sayyed Abdul-Malik Badreddine al-Houthi said in a statement issued late Monday.

“Eid al-Adha commemorates the historic anniversary of total submission to God’s command and the full credibility of faith in the story of full willingness to sacrifice,” he said, noting that “the rituals of Hajj root in human beings and followers of prophets the educational lesson that qualifies man to move forward in the path of truth.”

Sayyed al-Houthi attacked the Saudi decision to ban the rituals of Hajj this year, and stressed that the arbitrary measures to prevent the pilgrimage of Muslims from other countries is one of the major crimes practiced by the Saudi regime as part of its subversive role against the nation.

“The Saudi regime does not take care of the sanctity of the Islamic nation, which has the right to perform this duty,” he said.

Al-Houthi pointed out that the Saudi regime facilities all services to crazy parties and opens the way for gatherings in a way that reveals the truth of its orientations, while restricting the procedures of the Hajj.

“That was a heartbreaking moment when you watch the holy places in Mecca is desolate and empty, with only a few pilgrims,” he added.

The Sayyed noted that preventing Hajj is considered as a violation against one of the foundations of Islam, which God commanded to be a universal Islamic obligation.

Sayyed Abdul-Malik al-Houthi also stressed that “one of the crimes of the Saudi regime that serves the enemies of the nation is its continued aggression under the supervision of the United States and Great Britain on Muslim people.”

He pointed out that the aggression continues to commit the most heinous crimes against Yemen’s people and its siege still prevents access of food, medicine, oil derivatives and other necessities of life.

Sayyed Abdul-Malik al-Houthi called on the Yemeni people to continue to support the fronts with money and men, and to confront the ongoing aggression, which is practicing murder, destruction and sabotage, blockade and starvation in Yemen.

The Leader of the Revolution also called for social solidarity, sympathy with the poor and the strengthening of fraternal ties and of the home front on the basis of cooperation on righteousness and piety.

He praised the Yemeni army and Popular Committees for the great victories in Bayda province and other fronts, stressing that those victories are a clear evidence of the great results of patience, action, sacrifice and responsibility.