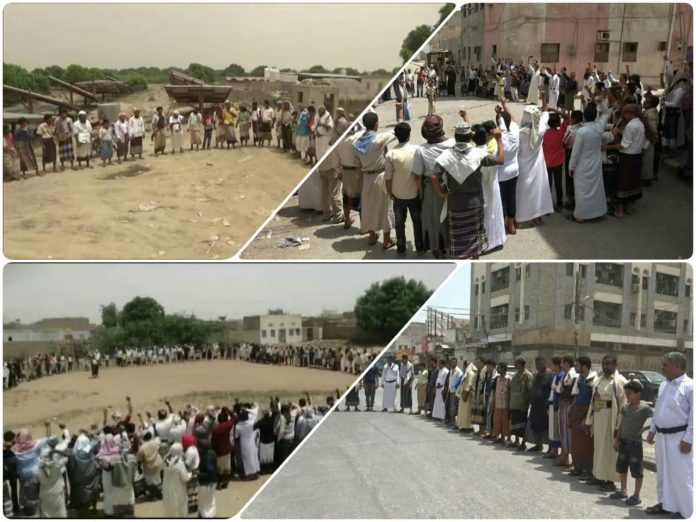 Mass vigils were held after Friday prayers in various districts of Sana’a province, under the slogan “The enemies of the Two Holy Mosques are Jews and Al Saud.”

The protesters called on scholars and Muslims all over the world to have firm stances towards what the Saudi entity is doing.

The participants in the vigils expressed their outrage at the Al Saud regime’s ban on Hajj for the second year in a row under false pretexts and justifications, at a time when the country of the Two Holy Mosques is teeming with disgraceful parties, with thousands in attendance.