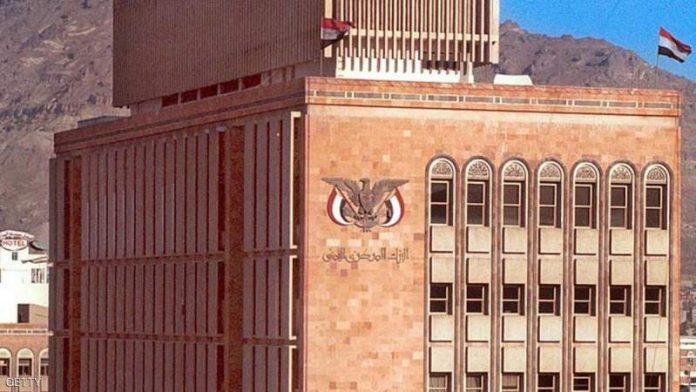 The Central Bank of Yemen (CBY) warned the Bank of England of serious repercussions regarding its intention to release the Yemeni assets it has in favor of the Central Bank in Aden.

“The Central Bank addressed the Bank of England, objecting to granting the Central Bank in Aden the authority to dispose of Yemen’s funds frozen in it since 2016,” the CBY said in a statement issued on Tuesday.

It pointed out that the release of those funds and granting the authority to dispose of them to the Central Bank in Aden is unjustified, and will lead to significant damage to the rights of the people.

The CBY clarified that the Bank of England’s implementation of any agreements with persons of non-legal capacity is a violation of the constitution and Yemeni law and violates international and banking laws and standards.

It stressed that the Central Bank in Aden represents one of the tools of the economic war in the hands of the countries of aggression to implement its plans towards Yemen.

The CBY pointed out that the balances deposited with the Bank of England are part of the reserve balances of banks operating in Yemen, considering that the Bank of England took this step as a participation in the corruption and crimes of the Central Bank in Aden, the pro-aggression government and the countries involved in aggression against Yemen.

The Bank called on the Bank of England to abide by international and banking laws and standards related to transparency, impartiality, accountability and the rule of law.
It stressed its adherence to the content of the letter of the Yemeni Parliament to the Bank of England in keeping the Yemeni people to sue any financial institution that allows any party to use the assets of the Republic of Yemen.

Saudi Arabia and many of its allies have been waging a war on Yemen since 2015 to restore power to the country’s Riyadh-friendly former officials. The war and a simultaneous siege that the US-Saudi-led coalition has been enforcing on the country has killed hundreds of thousands of Yemenis.

The invasion has pushed entire Yemen close to the brink of outright famine, turning the country into the scene of the world’s worst humanitarian crisis.

Moreover, the Saudi-led aggression took control of southern Yemen and worked to drain about 97% of the Yemeni state’s resources, either by controlling them militarily such as oil and gas sources, freezing Yemeni foreign assets and transferring them to mercenaries and financing coalition operations, or imposing siege on the vital port of Hodeidah and the most important port after Aden, which is still in the grip of Sana’a and out of control of US-Saudi aggression.

In 2016,  the Saudi-led aggression moved the Central Bank of Yemen from Sana’a to Aden and stopped foreign banking dealings with the bank in Sana’a. This step hindered commercial activity as a result of not opening bank credits abroad in order to enable merchants to cover the internal market with the necessary needs of commodities and basic supplies.

The transfer of the Central Bank from Sana’a came at a time when it was providing its services to all governorates of the republic without exception, on top of which is the payment of salaries of all state employees and covering the needs of merchants in hard currency without discrimination to provide goods to the local market.

These measures, in addition to the interruption of salaries of state employees for more than five years, all resulted in a deepening of the humanitarian crisis in the free zones, and made the government in Sana’a face great difficulties in providing even half a salary every two months, as it had promised earlier.

Since 2020, the United States has prevented the entry of fuel ships as a punishment for Sana’a for paying half a salary to state employees, and although the exchange was in accordance with the Stockholm Agreement concluded at the end of 2018, the United States wanted the revenues of the port of Hodeidah to remain frozen and Sana’a would not benefit from it in alleviating the humanitarian crisis in its control areas.

This latest move aims, according to observers, to strike the exchange rate in Sana’a and other free governorates under the control of the Supreme Political Council, by increasing the financial mass currently in these areas. This caused the Yemeni riyal to collapse against foreign currencies.