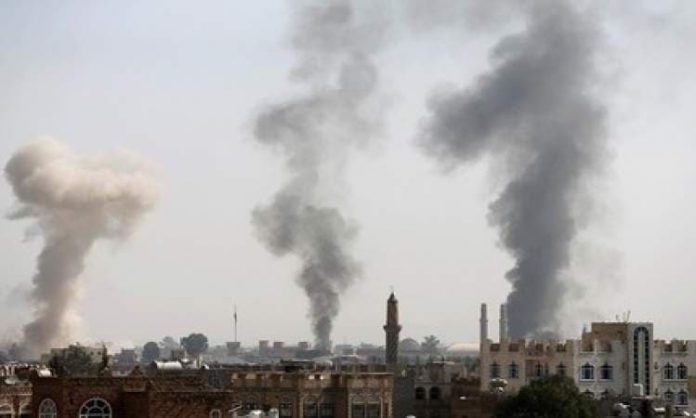 At least one person was killed and three others were wounded in airstrikes launched by Saudi-led aggression warplanes on Sana’a, a security official said on Thursday.

The official explained that the Saudi-led aggression  warplanes bombed a drug store in the Sawan area east of the capital Sana’a with four airstrikes, killing one and wounding three others.

According to the official, an airstrike was waged on Bani al-Harith district in Sana’a province.