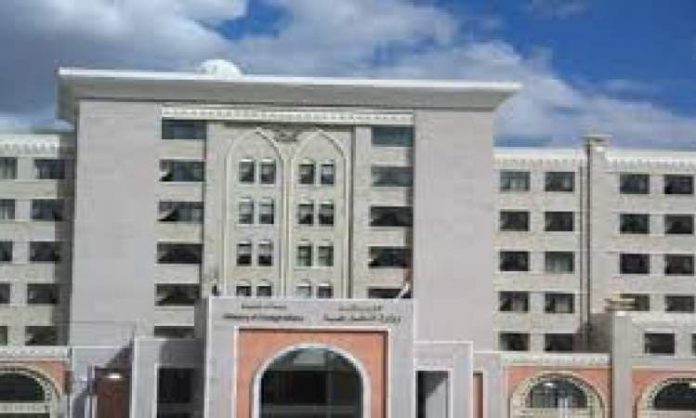 Yemen’s Ministry of Foreign Affairs had strongly condemned the policy of double standards pursued by the Security Council about peace and war in Yemen.

The ministry said in a statement that “the Security Council did not provide in its latest statement any positive development in its policies towards the grievances of the Yemeni people, who have been facing an illegal and unjustified war of aggression for nearly seven years.”

The statement indicated that it is unfortunate that the Security Council “continues to condemn the legitimate right of the Yemeni people to defend themselves and the sovereignty of their country, while ignoring the siege and war crimes being committed by the countries of aggression against citizens in Yemen.”

The statement pointed out that the Security Council is keeping silent about the violation of Yemen’s sovereignty, the occupation of its lands and the destruction of its infrastructure, in addition to the Council’s constant disregard to Saudi coalition support for terrorist groups such as al-Qaeda and ISIS.

The Ministry’s statement described the Security Council’s approach as “lacking a minimum level of balance, which does not build confidence or help achieve peace, but encourages the other party to continue committing crimes against the Yemeni people.”

The statement furthermore pointed out that detracting from the right of the Yemeni people to defend sovereignty of its country is “unjust and completely contrary to all laws and human values.

The statement continues by saying that the position of Yemen in this war is purely defensive, noting that the National Salvation Government constantly affirms its readiness to stop all defensive operations as soon as all forms of aggressive war imposed on Yemen cease.

It also stressed the need for the UN Security Council to open up to Sana’a representatives and give them an opportunity to attend the Council’s sessions so the UN can listen to its visions for peace.

The statement affirmed the readiness of the National Salvation Government of the Republic of Yemen for constructive and fruitful cooperation towards achieving peace and security for Yemen, the region