Home Reports The New York Times: Saudi-led Coalition seeks to get out of Yemen... 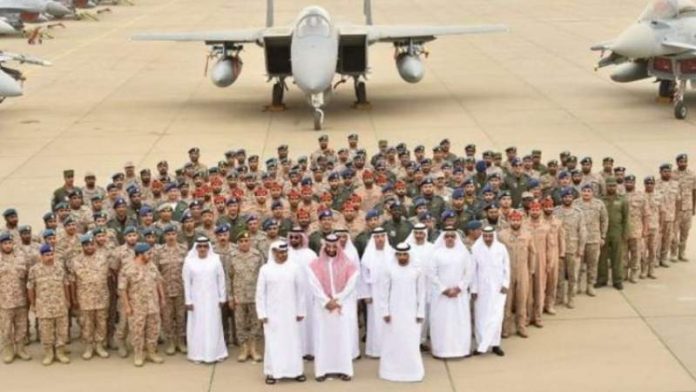 Saudi Arabia forced outgoing president,  Abdu Rabbu Mansour Hadi to hand over his self-proclaimed powers in favor of a new political body, as part of the efforts of the coalition countries to get out of the Yemeni Quagmire, The New York Times reported.

According to the The New York Times,  initially, Saudi Arabia told the United States that the coalition could swiftly defeat Ansarullah. However, that did not come to pass and Saudi officials have been looking more recently for ways to end the war, which has tarred the kingdom’s reputation and taxed its finances.

Yemen’s exiled president stepped down on Thursday and passed power to a presidential council, a sweeping reshuffle supported by his backers in Saudi Arabia aimed at jump-starting efforts to end the seven-year war that has roiled the Arabian Peninsula.

The newspaper added, the war, after seven years of bloodshed,  settled into a stalemate, which has helped Ansarullah develop sophisticated drones and missiles that have struck deep inside Saudi Arabia and the United Arab Emirates, another gulf member of the coalition. Those strikes have damaged oil infrastructure in both countries.

The report added that Hadi announced his abdication days after a two-month cease-fire took effect, another sign that Saudi Arabia and its Persian Gulf allies may be looking for a path out of the years of bloodshed.

He delegated the new presidential council to run the government and lead peace talks with the Sana’a government.

The paper pointed out that analysts raised questions about how effective the move would be at pushing the peace process forward given the divergent positions of the council’s eight members.

“Quite clearly this is an attempt, perhaps a last ditch effort, to reconstitute something resembling unity within the anti-Houthi alliance,” Gregory Johnsen, a former member of United Nations Panel of Experts for Yemen, wrote on Twitter. “The problem is that it is unclear how these various individuals, many of whom have diametrically opposing views, can work together.”