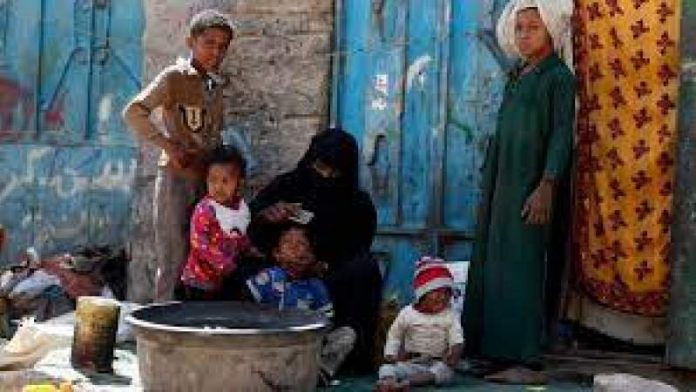 The United Nations has warned of a “worsening” humanitarian situation in Yemen but said a fragile two-month truce since early April could help reverse the situation.

“The worsening humanitarian crisis in Yemen is a reality that we need to urgently address,” UN humanitarian coordinator for Yemen, David Gressly, said in a statement released late Saturday.

Gressly urged donors to take advantage of a UN-brokered truce that has largely held since April 2.

“The UN-led truce is a vital opportunity for aid agencies to scale up life-saving assistance and to reach more people in acute need quickly, including in areas where access was limited due to armed conflict and insecurity,” he said.

“For aid agencies to immediately step up efforts, we count on sufficient donor funding. Otherwise, the aid operation will collapse despite the positive momentum we are seeing in Yemen today,” Gressly warned.

He said the UN needs around $4.3 billion for its 2022 humanitarian response plan for Yemen “to reverse a steady deterioration of the humanitarian situation”.

In early April, the UN envoy to Yemen announced a UN-sponsored humanitarian truce for a period of two months. The truce, meant to halt all military operations in the country and bring the foreign military invasion to an end, came into effect on April 2.

The deal stipulates halting offensive military operations, including cross-border attacks, and allowing fuel-laden ships to enter Yemen’s lifeline al-Hudaydah port and commercial flights in and out of the airport in the capital Sana’a “to predetermined destinations in the region.”

Nearly a month has passed for the entry into effect of the humanitarian and military truce brokered by the UN, but without significant progress.

The airport is still deserted and has not received any flights, in light of the obstacles created by the coalition of aggression. The past weeks was supposed to witness at least two commercial flights to and from Sana’a International Airport.

Well-informed sources in Sana’a say that there are complications by the aggression side, in light of its insistence on taking over the issuance of passports and visas.

The matter also applies to the port of Hodeidah. While the countries of aggression were supposed to facilitate the smooth flow of ships to the port, under the truce, the inspecting ships are still subject to inspection, and are detained off the coast of Jizan despite obtaining UN permits and licenses.

On the ground, the fires of the aggression side did not subside along the fronts, on the borders and inside. Shelling, reconnaissance, development and crawl, including a failed advance carried out by mercenaries towards Army and Popular Committee sites south of Marib.

All indicators do not serve the steadfastness of the humanitarian and military truce, and provide evidence that Sana’a continues to exercise restraint, in the face of heterogeneous parties that do not abide or respect their commitments to a truce sponsored by the UN.

The UN stands silent towards these violations, the cold comment of the UN envoy to Yemen, Hans Grundberg, regarding the intransigence in launching commercial flights through Sana’a Airport confirms the negative role of the international body.

The UN continues to exploit the war on Yemen by collecting donations in the name of saving the Yemeni people.

Every now and then, the body issues many reports about the extent of the bad humanitarian situation in Yemen, reporting on malnutrition among children and pregnant mothers in order to collect financial donations.

The organization did not talk about the effects of the war imposed on Yemen over the past seven years. Rather, it worked to mislead the international community by talking about a “civil conflict” away from the existence of a large international coalition wagging a war on Yemenis.

Meeting the humanitarian needs of citizens and reporting on record levels on child malnutrition and the threat of famine in Yemen, as a result of what it describes as conflict, was the most common slogan promoted by the UN to obtain funds.

Observers said that the humanitarian aid donated by donor countries to Yemen is not a solution, stressing that the best solution is to stop the war on Yemen. They also indicated that the flow of financial aid from donor countries through organizations or the pro-aggression government has not changed anything over the past years.

Many international reports confirmed that the UN spends nearly 70% of the financial grants provided as aid to the Yemeni people on its operating expenses, while a report of the United Nations experts accused the pro-aggression government of corruption and money laundering