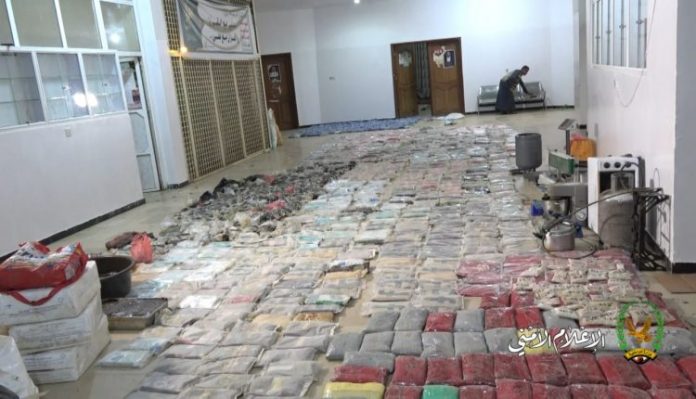 Ministry of Interior in the National Salvation Government on Thursday announced about a major security achievement in the capital Sana’a.

The General Department for Narcotics Control, in coordination with the Specialized Criminal Prosecution, seized one ton and 305 kilograms of hashish, five kilograms and 984 grams of Captagon pills, one kilogram of heroin, and one kilogram and nine grams of the narcotic substance ‘Shabu’, as well as the seizure of a laboratory for the recycling and packaging of these narcotic substances in a house in the capital Sana’a.

The General Department for Narcotics Control confirmed that the owners of these quantities were arrested.

Brigadier General Abdulkhaleq Al-Ajri, spokesman for the Ministry of Interior, explained that the seizure operation came after follow-up procedures and careful investigation, as 200 molds of hashish were seized hidden on board a small truck, coming from the areas controlled by Saudi-led coalition to Sana’a.