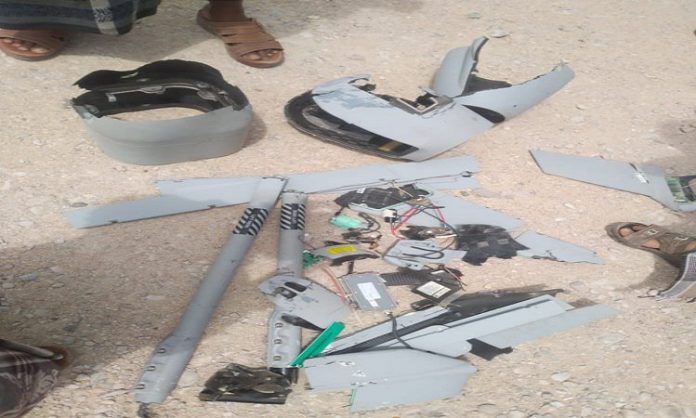 Residents found the wreckage of the US military plane that crashed in the past hours in province of Mahrah, eastern Yemen.

Activists from Mahrah circulated photos of the wreckage of the spy plane of the US-British occupation forces, in the area of Qishn, west of the city of al-Ghaydah, the capital of the province.

They stressed that the spy planes that depart from al-Ghaydah airport, and are used by US and British forces, have been a source of fear and terror for the people and residents of Mahrah, since the past five years.

Activists said the downing of the plane was likely due to a technical malfunction, or that tribal gunmen shot it down in response to the Saudi-led coalition’s escalation in storming the house of Sheikh Ali Salem al-Haraizi, at the end of July.

They demanded an end to the violation of Yemeni sovereignty, departure of all foreign forces from Mahrah, and opening the airport of Al-Ghayda for civilian flights.