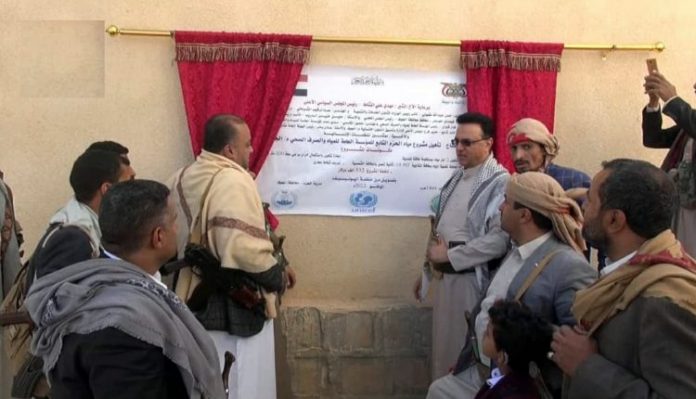 The Deputy Prime Minister for Services and Development Affairs, Dr. Hussein Maqboli, the Minister of Water and Environment, Abdulraqeeb Al-Shurmani, and Governor of Jawf province Faisal Haidar inaugurated on Tuesday 15 rural water projects in the province at a cost of one billion and 100 million riyals.

They also laid the foundation stone for three water projects affiliated to the Corporation, at a cost of 447,200,000 riyals.