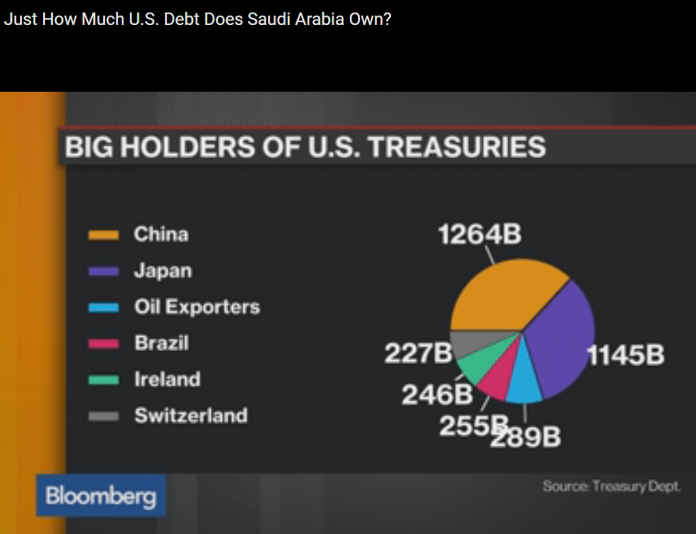 The US Treasury Department has released a breakdown of Saudi Arabia’s holdings of U.S. debt, after keeping the figures secret for more than four decades, Bloomberg’s Andrea Wong reported on May 16th .

“Saudi Arabia is holding  116.8 billion In U.S treasuries” Wong said. She added that Riyadh came in the list of the ten largest creditors of the United States, including China amounted to US $ 1.3 trillion, while Japan stood at $ 110 billion.

Bloomberg said that since 1974, the US Treasury refrained from revealing details of indebtedness to foreigners, including Saudi Arabia, Kuwait, UAE, and Nigeria.

Bloomberg also pointed out that the US Treasury revealed those debts after the Saudi threatened in  April. The threatened to U.S President Barack Obama’s administration to sell the assets of the Kingdom in the United States, which amounts to about $ 750 billion, if the Congress adopted a draft resolution allowed to sue the Saudi authorities to involvement in 11 attacks September.

It also showed that the Saudi monarchy is facing a fiscal deficit because of the decline in oil prices and the costly wars in the Middle East, including Yemen and Syria.