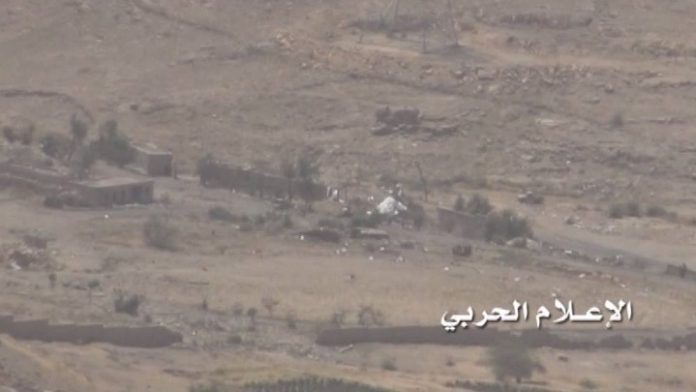 The heroes of the army and popular committees today repulsed advancing attempts for the Saudi-American mercenaries in Nihem district.

A military source told SABA that units in the army and popular committees stopped advancing attempts for the Saudi-American mercenaries to creep towards Jabal al-Salt in Nihem district, resulting deaths and injuries in their ranks.

Moreover, the same source pointed out that the army and the Popular Committees stopped the second creep for the mercenaries trying to advance towards ​​Daboua area , killing and wounding a number of them .

The source said that the mercenaries of the aggression were accompanied by an artillery combing and air raids during their failed creeps.