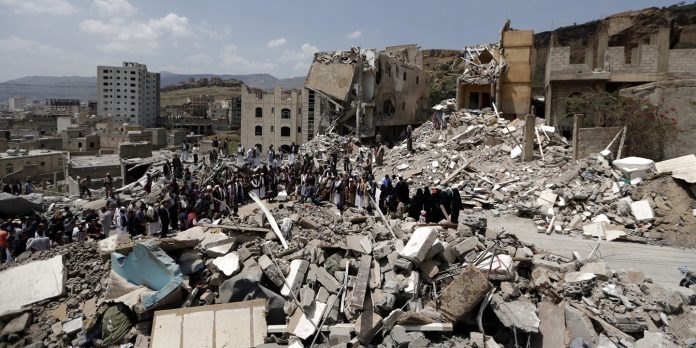 “After over four years of controlling the airspace of Yemen, using its warplanes, the Saudi regime is now suddenly talking about the right of retaliation!”

What’s going on, I wonder who’s attacking the other and who kills who?

A lot of strange questions are being raised, but the reality is that the Yemeni army and the Popular Committees have changed the military equations, and have taken control over the course of the battles and the course of the war.

Their steadfastness and heroic sacrifices have had an impact on international politics and on changing the balance of power in the Arab region and the Middle East in general.

Yes, the equations have changed, and Saudi Arabia and its coalition have only some media platforms and studios, but on the ground, the Yemeni ballistic missiles have topped the scene, as well as the Yemeni Air Force, which has become a striking power to haunt the Al Saud and Al Nahyan families.

This happened when the Missile Forces of the Yemeni army carried out a strategic attack on the 9th of Ramadan, and have continued to do so until now, hitting a series of vital facilities in the depth of the Kingdom of Saudi Arabia, which is being protected by British soldiers and the weapons of Israel and America.

New power balances imposed by the Yemeni people through their steadfastness, new names and targets, all reducing Saudi influence and its power to a minimum,

The image, which Saudi Arabia tried to draw in March 2015, of a military force that can dominate the region, appears today in its real and natural state: a country that has no army, no name, no map. A fragile state that cannot even survive for one week without US protection, as even its protector Donald Trump admitted.