Home Local News RFI: Yemen is at risk of civil war after Infighting ... 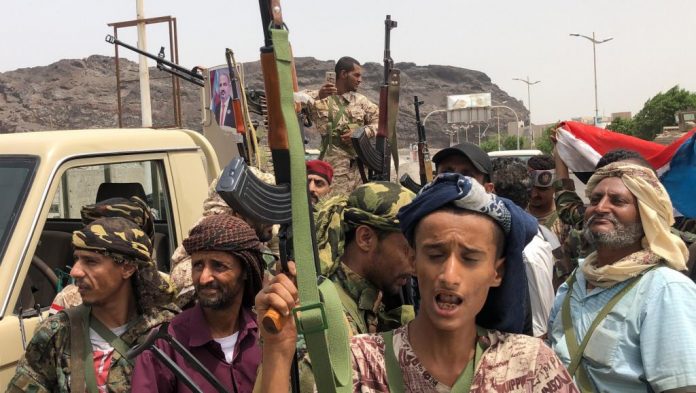 “Yemen is now in danger of civil war after more than four years of war led by the Saudi-UAE alliance in Yemen to “restore the so called legitimacy” Radio France International reported.

Yemen is already plunging into a civil war, following the takeover of Aden by “separatist fighters”, the network said in a joint report with AFP.

“There have already been several cycles of violence between these two forces Hadi and the Transitional council” said Frank Mermer, director of research at the National Center for Space Studies and former director of the French Center for Yemeni Studies in Sana’a.

The report pointed out that the Hadi government accuses the UAE of being responsible for the coup, after Saudi Arabia called for an “immediate” ceasefire in Aden, and the “Transitional council” escalation continues.