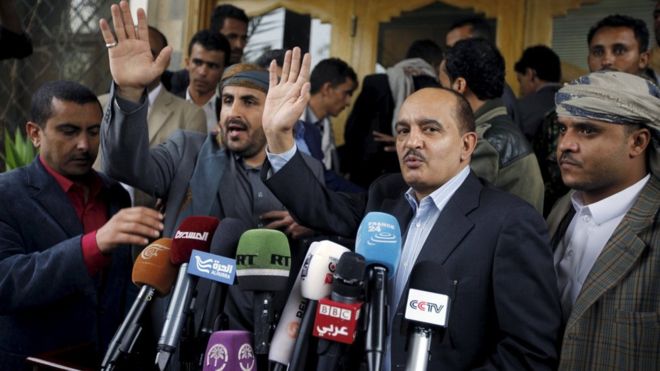 Some of the political parties, national and social conglomerates ,and  civil society organizations  are upset that the independent parties are being ignored in Kuwait peace talks while the talks are limited to the conflicting parties.

Also some of the organization and independent national conglomerates sent a protest memo to the United Nation envoy , Ismail Ould Cheikh Ahmed expressed their displeasure to the talks parties that contained only the conflicting parties that cannot solve Yemen crisis alone.

The memo also said that the failure of previous talks shows that doing this attempts again is wasting time. It also expressed that the participation of the independent parties will lead to neutral solutions.

On the United Nation side, the UN called Gulf Cooperation Council (GCC) and all international parties to involve the third party in the talks as a neutral party. The third party can put some pressure to the conflicting parties to find suitable solutions for Yemenis.