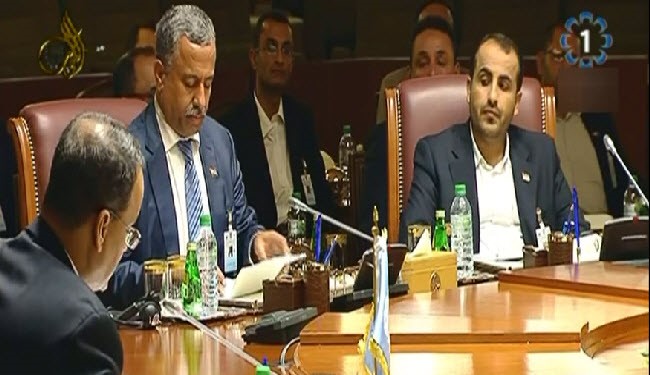 Sources said that the national delegation imposed to start with the discussion of the cease-fire ‘that the UN envoy ,Ismail Ould cheick Ahmad called for.

The source added that the party of the Yemeni fugitive  former President Hadi didn’t agree the cease-fire that showed there is no seriousness of Riyadh’s delegation in negotiation and cease-fire.

Sources pointed out they will rearrange the  negotiation agenda which UN envoy confirmed for the second time that the ” five points ” will be discussed in parallel committees and it will not be as the delegation of Riyadh suggested .