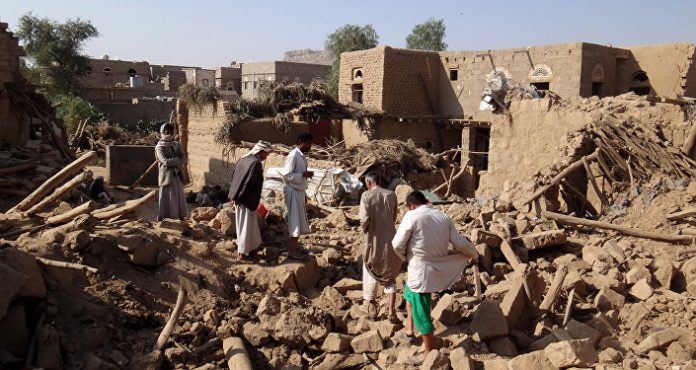 The Saudi -Emirati aggression coalition warplanes continued its brutal crimes and massacres against Yemeni civilians on the second day of Eid al-Fitr by targeting a house in al-Shawariq district of Sa’da province, killing at least three civilians and injuring seven others.

Local sources said that Saudi-American  aggression warplanes  launched air raid on a house in al-Shawariq area yesterday, killing three civilians, including a 3-year-old child and wounding seven others as an initial toll.

Among those injured in the raid were:

Jubran Salah Salem Jubran (31 years old) in addition to two girls whose names could not be identified.