Home Local News Dozens of Citizens Killed And Injured In A Popular Market In... 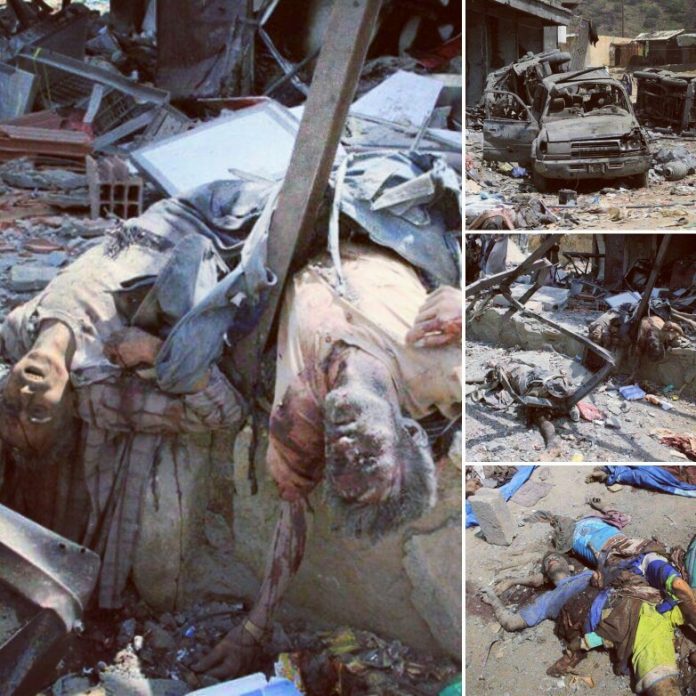 25 citizens were killed and  injured in Saudi aggression  raid that targeted  a popular market in Shada directorate  in Sa’ada province .

A medical source in Sa’ada told Saba news agency that the warplanes  targeted the market during the shopping of citizens, which led to the death of 24 citizens and wounding a citizen as an initial result .

The source strongly condemned this horrific crime, which reveals the extent of criminality reached by  the Saudi-American aggression .